skip to main | skip to sidebar

Just wanted to give a quick update on some things that have happened this month and last month.

As usual, I participated in the Postcards From the Edge show again this year. It is put on by VISUAL AIDS and takes place in New York at the end of January to raise money for AIDS research. Last year I actually missed the deadline so I wanted to make sure to get back on board again this year. I created this little cat drawing for the show. Each person participating was allowed to create one 4" x 6" work to be sold. 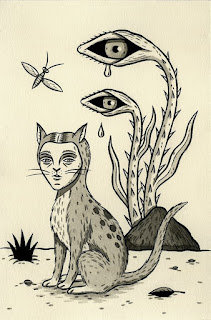 The next thing I tackled after that was to do a piece for the annual BRINK show at Antler Gallery in Portland. This was the 3rd year in a row I have participated in this show. It is always fun to do and a portion of the sales go to the Audubon Society here in Portland. In previous years I had thought of doing the iconic dodo as my contribution, but never did because I figured someone else would do it. But after checking with the curators, I was informed it had never been done. So I happy tackled it. Researching for reference photos was kind of fun on this one. Here is how it turned out… 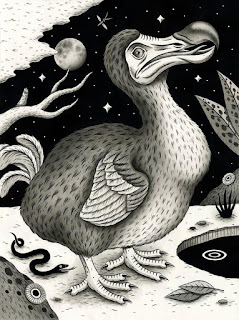 The show took place mid January this year. Normally the shows at Antler take place at the end of the month, but the gallery was traveling to Los Angeles to do the L.A. art fair this year, so the show was scheduled earlier.Following that, I immediately had to work on my piece for the EMA show, curated by Hellion Gallery, that took place in Tokyo. I also did this show last year, although I only did one piece last year. This year we were all asked to do three. So this was the first of the three that I made. We were going the wooden EMA boards to work on. It was very much a blank canvas…..

The EMA boards are usually hung on shrines in Japan and have wishes written on them. Here is how the first one I did turned out… 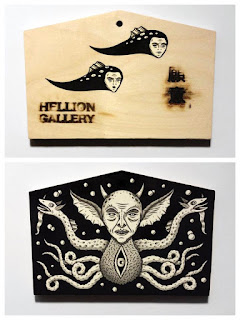 The next project I worked on was 5 pieces for a 3 person show at Screaming Sky Gallery in Portland for the end of January. My fellow artists were Keith Carter and Morgaine Faye who also live here in Portland. There was no real theme to the show, which appealed to me. I had never shown with Screaming Sky before, but had of course visited a few times. These are the pieces I did for the show, as well as a couple pics of it all hanging up! 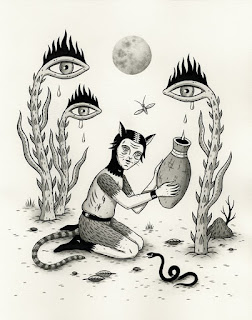 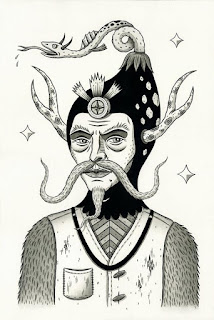 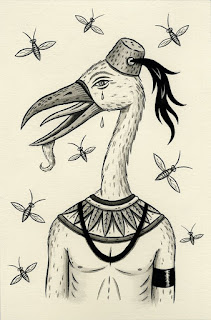 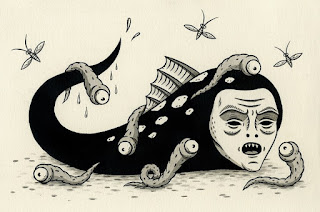 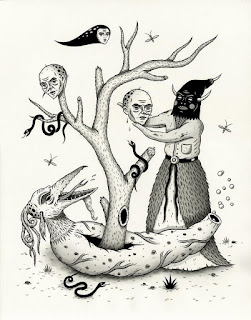 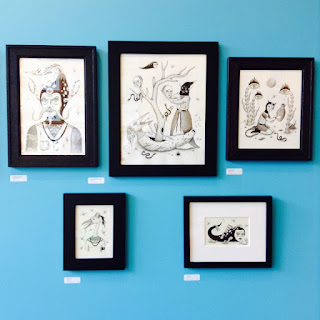 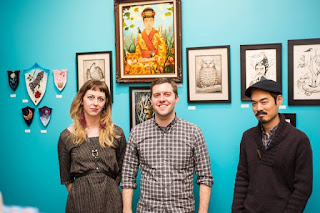 And lastly, just wanted to share a couple side projects and miscellaneous bits of news. I was recently featured in the "Don't Wake Daddy" 10 year anniversary book. The book features artwork by many artists who have participated in this annual show over the years. The shows is curated by Feinkunst Kruger Gallery in Germany. I feel very honored to be included amongst such talented folks. The book itself is a beautiful object and nicely put together! Each artist feature got a few pages :) 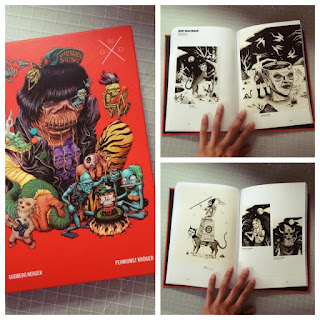 One last fun thing that happened recently was a beer I did the label for was released at the end of January. Gigantic Brewing, which is a local company, asked me to supply them with some artwork for one of their new beers. It was called "Kiss the Goat". I didn't have to do anything new for the project, just give them a good image that fit the tone of the product. This is what I came up with. I had to alter a few things in the computer slightly to make it all work, but I think it turned out pretty good. It's a dark beer and has a rich flavor. I was lucky to get a case of it for free as part of the deal :) 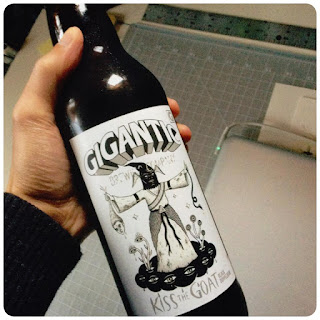 Nice to see you! You can find all my latest art-related news here. Be sure to check back periodically. Thanks for visiting!
-Jon MacNair
jon[@]jonmacnair.com 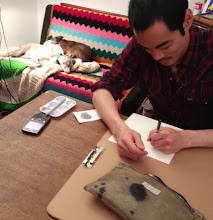 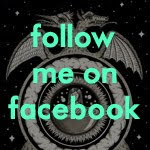 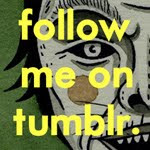